Arena Deathmatch is a tabletop miniatures game where each player takes the role of a lanista, creating and training a band of between 2 and 4 Avatars of War (heroes chosen by the Gods themselves) and pitting them against the band of other players in the arena, in front of a raucous crowd that is thirsty for action, blood and violence.

The outcome of a game of Arena Deathmatch begins to be written long before you jump into the arena, when you recruit and train your champions. The huge customization options allow each of your gladiator's game cards to be totally unique, created almost from sratch to suit your tactics.

Once in the arena, you must test your ability to think fast and use cunning tactics to attack your opponent's weak points. But your opponent is not the only obstacle to victory; the perils of the arena await you as pits of death and wild beasts threaten your band.

Finally, don't underestimate the importance of pleasing your followers. Having the crowd by your side will often make the difference between victory and defeat! 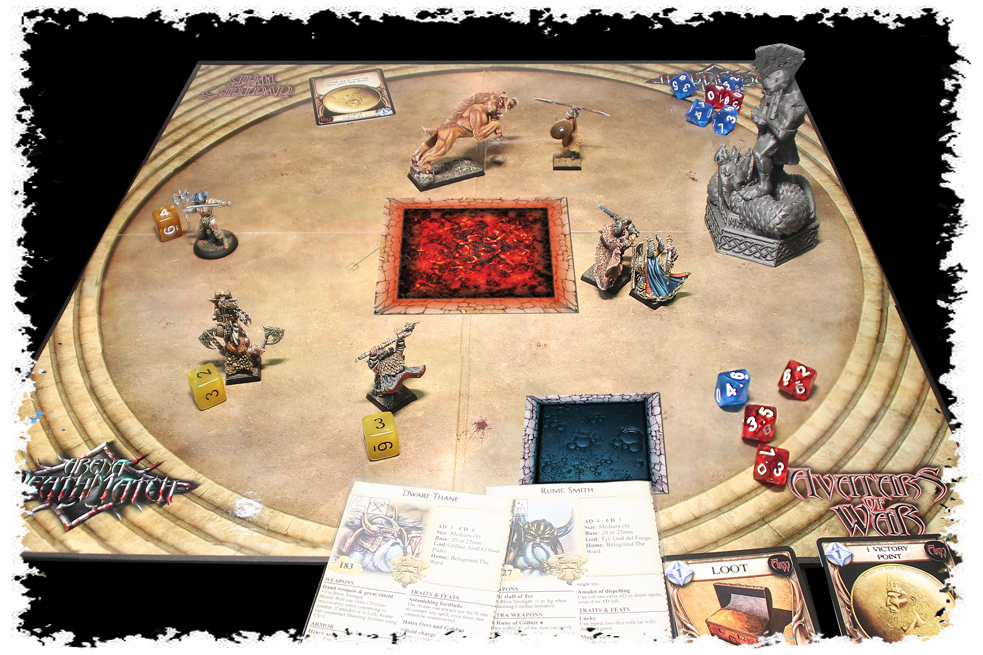 A game of Arena Deathmatch. A band of Barbarians face off against a band of Dwarfs.